Through the classroom and beyond - Kosovo 2.0
Perspectives | Education

Through the classroom and beyond

On the morning of October 1, 1997, a young student with untucked white shirt and shoulder length dark hair was preparing to lead fellow students and staff on a symbolic march, demanding basic education rights from a repressive regime.

Twenty-two years later, with his hair cropped and his shirt regularly accompanied by tie and jacket, Albin Kurti is preparing to lead an independent Kosovo’s next government following a campaign in which his Vetëvendosje party promised that educational reform would be right at the top of their agenda (a pledge echoed by presumptive coalition partners, LDK).

After two decades of protesting from the outside, Kurti looks set to have his hands on the levers of power. The hard work starts now.

The mandate is there for reform, but the scale of the task ahead should not be underestimated. Years of neglect, self-interest and ad hoc policy making, as well as the legacy of the destruction wrought on education in Kosovo during the orchestrated repression of the 1990s, have left behind a much maligned education system in desperate need of some tender loving care.

Many of the pitfalls and failings in recent years have been well-documented: The results of Kosovar high-school students in standardized tests are amongst the worst of any country in the world; many schools, as well as the public University of Prishtina, are beset by the consequences of deep-rooted corruption; teaching styles can be rigid and unquestioning with little encouragement of essential skills such as critical thinking; textbooks are often out of date or deeply problematic.

But the depth of the crisis also makes the potential for substantive change even greater.

As Kosovo prepares to enter a new political era, the question when it comes to education — as with so many other areas — is: What do citizens want to see?

As we set about preparing for our latest monograph (before any hint of elections was even in the air), we wanted to strip the idea of education back down to basics. That education is a fundamental pillar of any society is surely an incontestable fact but, we asked ourselves, what exactly do we need education for?

Is education all about securing grades and qualifications? Or is what we’re learning — and how we’re learning it — equally important? Is education always ultimately about getting a job or a promotion? Or is it more of an ongoing process, something that we never really “complete”? What motivates us to seek and pursue education? And what influences those decisions?

As we discussed it, we realized that what we were really talking about was education for life — it’s a thread that runs through each of our stories.

For most, the first interaction with any institutionalized education comes when they start primary school at around age five, laying the foundations for the future. Primary education in Kosovo has been subjected to many reforms since the war in an attempt to create a system that adequately prepares children not only with knowledge, but also the skills that they will require in later life. In Primary Concerns Mar Educational Reforms, Nerina Guri looks into the challenges that have been faced in attempting to move to a competencies and skills-based system.

With such different concepts of education and learning, it’s clear that education is a broad notion that means different things to different people.

Often a world away from the rigidity of the classroom is the domain of non-formal education, which is all about soft skill development and focusing on the development of people. Sindre Langmoen explores this concept further in School’s Not All and shows that all sorts of education takes place when people don’t even know they’re learning.

With such different concepts of education and learning, it’s clear that education is a broad notion that means different things to different people. In our photo story, How Do We Educate for Life? we asked different people, from primary school pupils to university graduates, and non-formal educators to professional teachers, what “education for life” means to them.

Perhaps some of those with the best insight into the different ways in which education can function are people who have experienced education in different systems. K2.0 editor-in-chief Besa Luci hosted three women who have been educated at various stages both in the Kosovo system and abroad, to compare and contrast in our latest Konteksti podcast episode, From Abroad to Kosovo and Vice Versa.

In many countries, a core part of the education system is vocational education, preparing the skilled mechanics, nurses, farmers, vets, chefs and tailors for any 21st century economy. But in Kosovo, vocational schools are often stigmatized and considered places for pupils who simply haven’t received good grades. Sihana Klisurica’s Making Professional Schools Work delves into the reality of vocational education and looks at what’s being done to turn their reputation around.

The idea that a university education is the only respectable education is pervasive among a large section of the population, but it’s an option that has only been available to the vast majority of Kosovars since the University of Prishtina first opened its doors half a century ago. In A University for 50 Years, Aurela Kadriu met with six former students from the university’s very first generations to hear their memories, experiences and the challenges they faced.

For those first generations of students, what they learned at university, both in the lecture halls and the surrounding social exposure, truly was an education for life, and it had an indelible impact on everything that followed. Forty-nine years on, the life lessons learnt at UP are not always so rosy. In our final article, Striving to Combat University Harassment, Leonida Molliqaj documents the battles being fought by those attempting to combat the scourge of sexual harassment on campus. For if an educational institution fails to recognize safety and autonomy as fundamental to its student body, then its principal vocation is lost.

We’ve learnt a lot while putting together this monograph and hope you do too. Welcome to “Education for Life.” K 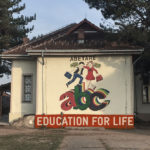