Prime minister urges people not to panic but to increase caution.

Kosovo has its first confirmed cases of the COVID-19 coronavirus.

Two cases of the virus were announced by Minister of Health Arben Vitia in a press conference with Prime Minister Albin Kurti at 5:30 p.m. on Friday, March 13.

The two patients, who are being treated within the Infectious Disease Clinic of the University Clinical Center of Kosovo, are a 77-year-old Kosovar man and a 20-year-old Italian woman. Their conditions are described as “stable.”

The World Health Organization told K2.0 that both infected patients had been in Italy prior to entering Kosovo.

Vitia said that steps have been taken to begin tracking all the people that the two patients have been in contact with, and that a Ministry of Health committee has been convened to consider appropriate measures to take in line with the latest developments. The government is also due to meet on Friday evening.

If you think you are experiencing symptoms, the number to call for information or consultation is 038/200-80-800.

Kurti sought to reassure citizens that there is no need to panic. “We invite all citizens to stay calm, not to fear and not to panic,” he said.

He also set out some practical steps for citizens to follow if they suspect that they may have the virus or been exposed to it.

“Do not show up to the Infectious Disease Clinic if you have signs of the disease,” he said. “There is a helpline where everyone with difficulty breathing, coughing, fever etc., as well as those who have traveled or have been in contact with someone who has been confirmed or suspected to have been infected.”

If you think you are experiencing symptoms, the number to call for information or consultation is 038/200-80-800.

Kurti further urged all citizens to have “increased caution” and to follow the guidelines and preventive measures recommended by health institutions and the government. “The preparations are wide and maximal — all together we will succeed in this battle,” he said.

“The most important thing is for citizens to avoid shaking hands, to stay more than one meter away from each other when you meet, and to wash hands with warm water for more than 30 seconds. Let us protect ourselves and each other so that we do not add to these two confirmed cases.”

IMPORTANT: This article was published before the Kosovo Government announced updated special measures to combat the virus on the evening of Friday, March 13. The new, more restrictive, measures can be found by clicking here.

Due to COVID-19’s rapid spread and scale of transmission, and out of concern “that some countries are not approaching this threat with the level of political commitment needed to control it,” WHO described the virus as a pandemic on March 11.

Later that day, Kosovo authorities announced restrictive preventive measures, in line with the global advice issued by WHO — which urged countries to implement preparedness, alert and response strategies — and the European Centre for Disease Prevention and Control (ECDC).

The measures announced by the Kosovo government included closing schools from March 12 until March 27. The Minister of Education Hykmete Bajrami has said that the possibility of holding virtual lessons is being considered.

Serb schools — both north and south — began closing from March 13. Communication and coordination with the Serb community schools has been reported to be unclear at the moment. Kosovo Police went to schools in Gračanica on the morning of March 13 to enforce the closures after schools in the municipality remained open on March 12 despite the government measures.

The government is “encouraging” employers — private and public — except for those in the security and health sectors, to allow workers the time off so that at least one parent can stay at home with children.

Citizens that have entered or are entering the country from high or medium-risk countries are asked to self-quarantine.

It is unclear how this recommendation will work in practice; the Minister of Justice Albulena Haxhiu has said on Facebook that any employer who violates the decision will be “denounced,” and she asked employers to allow single mothers to take time off to look after their children.

“Single mothers raise children alone. Abuse from employers in these cases is unacceptable and subject to penalization,” she wrote.

As for mobility, air and land travel from high-risk countries is temporarily suspended, and mandatory checks of travelers are being performed at land borders and at the airport. Trains between Prishtina and Skopje have been canceled, as well as flights and land travel from four European countries: Germany, France, Switzerland and Italy.

Citizens that have entered or are entering the country from high or medium-risk countries are asked to self-quarantine; in cases when they are not able to do so, they’re recommended to be placed in joint quarantine facilities to be established by the Kosovo Government.

Minister Vitia announced in a press conference that one of the joint quarantines will be installed in the asylum-seekers center in Vranidoll, and another one in the Innovation and Training Park (the former German KFOR base) in Prizren.

According to the Kosovo Institute for Public Health (NIPH), the WHO office in Kosovo and the Ministry of Health, 25 isolation rooms are now set up in Kosovo, an increase from the original 10 that were set up initially.

Albania, which has effectively been placed on lockdown as part of its measures to stem the spread of the virus, has temporarily closed borders with Kosovo. Kosovo’s Minister of Health recommended on March 13 that the Minister of Infrastructure suspend travel to neighboring countries, however at the time of publishing, borders with North Macedonia, Montenegro and Serbia remain open.

After the announcement that there are two confirmed cases with the virus, Kurti said that this recommendation would be reviewed at Friday evening’s government meeting and that the public would be notified of any changes.

All restaurants, bars, nightclubs, gyms and swimming pools have a mandatory curfew of 11:00 p.m.

The government’s measures, following Ministry of Health advice, included further precautionary measures such as disinfectation of premises; these are mandatory for government institutions and other public and private organizations. Companies providing public transportation services are obliged to regularly disinfect their vehicles. Furthermore, the export of medicine and other materials from Kosovo pharmaceutical producers is prohibited, except when approved by a government decision.

Public and private activities — sports events, concerts, conferences, roundtables, etc. — will take place only behind closed doors until further notice, and all restaurants, bars, nightclubs, gyms and swimming pools have a mandatory curfew of 11:00 p.m. Enforcement will be carried out by the Kosovo Police and the Directorate of Inspections in Prishtina.

In Prishtina, gatherings of more than 50 people have also been temporarily banned. The Municipality of Prishtina told K2.0 that it has temporarily closed down four community centers for the elderly, as this category is the most vulnerable, and it has disinfected public transport buses and the premises of the main Prishtina bus station.

Other precautionary steps taken by the Municipality include restrictions on public discussions, the postponement of all cultural activities in theaters and cinemas managed by the Municipality and the disinfection of municipal and school buildings. Also, all public-facing municipal personnel are being equipped with protective masks, gloves and sanitizers.

National cultural institutions as well as other venues such as Termokiss, Kino Armata, DOKU Kino in Prizren and Kino “Jusuf Gërvalla” in Peja have postponed their events for the time being. However, the private Cineplexx cinemas in Prizren and Prishtina continue to operate.

No reason to panic buy

Many people in Kosovo responded to the announcement of the government’s preventive measures on Wednesday by stocking up on food and other essentials.

Prime Minister Kurti has sought to reassure citizens that there is no need to stockpile.

“Just because schools are closed does not mean that there are no goods and that shops will be closed,” he said. “There will be no shortage of goods because we will import, since we are import dependent.”

"There are a few delays in logistics but overall there is enough supply.”

Supermarkets have reported a rise in sales over the last three or four days. Both Super Viva and Meridian Express told K2.0 that most people are buying the basics: rice, flour, oil, pasta, hygiene products and toilet paper. But “all categories are selling well,” according to Urata Shuleta, training and development manager of Super Viva supermarkets.

CEO of Meridian Express, Agon Gashi, told K2.0: “We have a consistent supply; there are a few delays in logistics but overall there is enough supply.”

There have been reports of businesses raising prices in response to the rise of demands for goods and pharmaceutical products. The Kosovo Tax Administration (ATK) has asked citizens to report businesses that practice price gouging by calling the number 0800 80 800. As of March 12, 228 calls had been made to the line.

Continue to protect yourselves and others

According to ECDC, the general symptoms of COVID-19 are mild and flu-like, and it is relatively rare and mild in children. Those more at risk are older people, people with preexisting medical conditions like respiratory illnesses, diabetes, high blood pressure and others who are in other ways immuno-compromised. The restrictions introduced in Kosovo and in other countries are largely to protect the most vulnerable people, according to WHO.

WHO’s advice remains the same for Kosovo at this point: Wash hands frequently, use alcohol-based hand sanitizer, maintain at least an one meter distance from people, cough and sneeze into your elbow, avoid crowded places, stay informed and follow advice given by health authorities.

The Kosovo Ministry of Health recommends that people avoid travel, especially to countries where there are confirmed cases, including neighboring countries.

The Kosovo government, the Municipality of Prishtina and the WHO office also add that people have no need to panic, while encouraging people to practice social distancing, avoid large crowds, read official guidance only and not to spread unofficial information.K 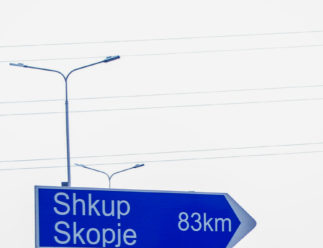 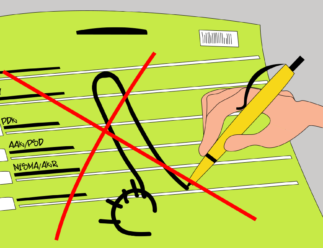 Fed up with the election options? It’s... 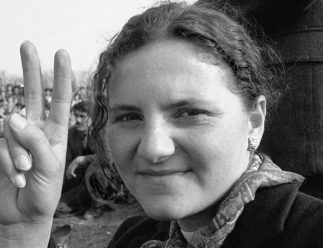 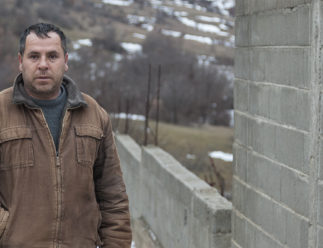 The deserter prosecuted for war crimes 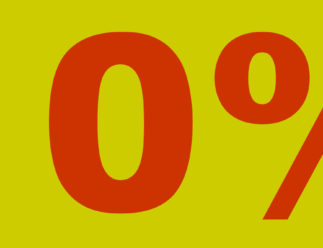